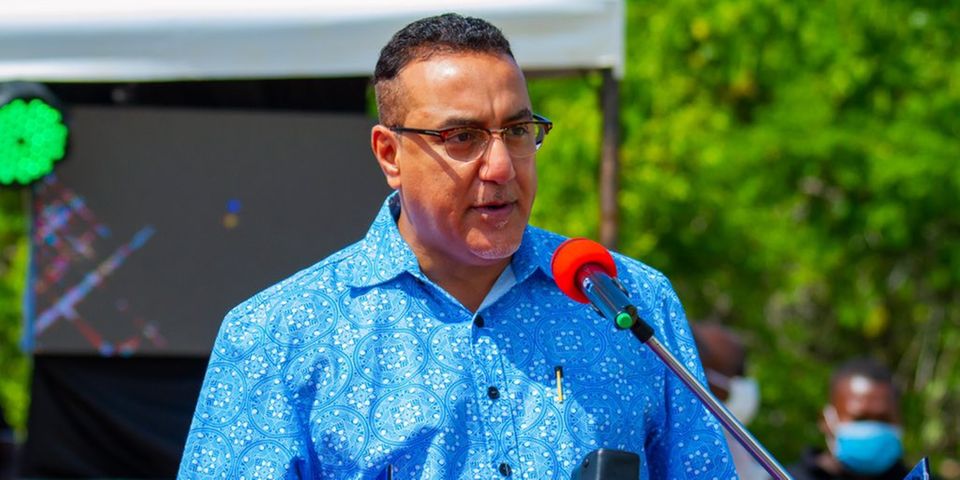 The government has a backlog of Sh14 billion for compensation of victims of human-wildlife conflict, Tourism Cabinet Secretary Najib Balala has said.

Mr Balala revealed that the money had accumulated for the last seven years since he got to the office.

“We have only paid Sh2 billion, and have claims amounting to Sh14 billion, which have to be settled as a way of creating good relationships with people. If we lose this, we will lose the goodwill of people and that of conservation,” he said.

He was speaking in Watamu on Friday during the launch of the Kenya Wildlife Service (KWS) strategic plan for 2021-2024 at the Watamu Marine Park, where he reiterated the need for KWS to invest in technology and innovation to curb poaching and other crimes against wildlife.

“We have now made strides in managing conflict but there is still a challenge within us, which is the human-wildlife conflict. This should be addressed in all spheres because it is affecting the relationship between us and the community. Without the funds, we cannot pay or have plans to curb the problem,” he said.

Mr Balala said that the Covid-19 pandemic had affected most parks, which would earn Sh4.2 billion in 2019, and now, barely generate Sh800 million, a deficit that is affecting running and operating KWS.

For instance, he said the use of digitization in KWS working environment will ensure they make money over investment.

“We need to establish ways of generating revenue because the government cannot fund us in everything, and this is not sustainable. But we need to be more innovative on how to raise funds as not to be an overpriced tourist destination. We need to make products for the domestic market,” he said.

Mr Waweru said that the cases of human-wildlife conflict will only reduce if Kenyans were enlightened on the importance of conservation and how best to consist with wildlife since only 35 per cent of wild animals live in the park while the rest live with people.

Cases of human-wildlife conflict have been on the rise over the past years across the country, making compensation costs by the government skyrocket.

He said the increased cases are being caused by the increased population of both human beings and wildlife even as the size of land remains the same.

“Up to 65 per cent of wildlife live not in the park, but with the human population hence Kenyans should help to protect them without conflict. Compensation will go down if we coexist well with wildlife, ” Mr Waweru said.

On generating income, Mr Waweru said that the launched strategic plan has 16 strategies and 89 activities that when fully implemented, will be able to generate income.

This comes even as Mr Sigor said that the financial sustainability of the government entity was key for the future of conservancy.

“I am happy that this plan gives us ways to improve enterprise development in the service, by identifying high-end signature parks facilities and niche products,” he said.

Earlier, Mr Balala has indicated that there are 17 parks in the country, which do not generate revenue hence the need to look for more sources of revenue for KWS to sustain the park.

The wildlife service has been engaged in conservation efforts, and in May launched the nation wildlife census that will see all wild animals in the land as sea counted.