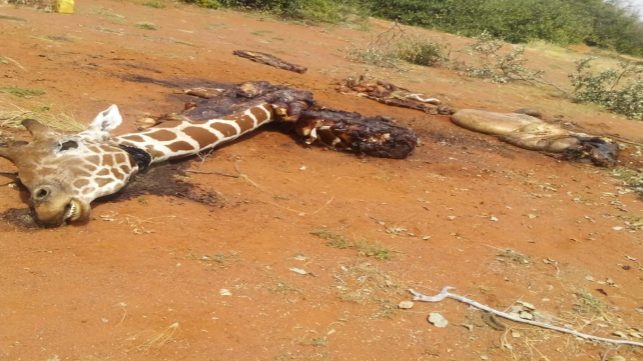 Each and every animal on this planet is blessed with something; a unique trait. It can be a physical attribute or a specific skill or talent that makes it superior to others.

The cheetah has the speed, man has the brains (well mostly…), bees have the co-ordination power, the elephant obviously has the strength, but did you know that it could smell for water from three miles away? Then comes the giraffe. Its long robust neck and body structure makes it nearly impossible to ever hide.

This attribute of the giraffe helps it feed from the leaves of tall trees with little competition, but unfortunately, it also exposes it to danger from a distance.

As you transverse the vast county, it’s a common occurrence to come across the beautiful elegant animal strolling around majestically through the open savannah grassland and shrub lands.

A study in 2016 by International Union for Conservation of Nature (IUCN) determined that habitat loss resulting from expanding agricultural activities, increased mortality brought on by illegal hunting, and the effects of ongoing civil unrest in a handful of African countries had caused giraffe populations to plummet by 36–40 percent between 1985 and 2015.

Over the years, there has been a sharp decrease in the number of giraffes in the region; this is as a result of severe droughts and massive poaching of the animal.
The world is currently at a standstill with the unfortunate pandemic, COVID-19 ravaging through populations all over the world.

It has been termed as the worst pandemic since the Spanish flu in 1918, a century ago.
With the recorded deaths and total infections hitting the ceiling, governments all over the world have rightly put in efforts to mitigate the pandemic, which includes cessations and closure of public gatherings and markets that pose a danger of transmission of the COVID-19.

This includes livestock markets that have been closed down in Wajir County.
The situation of poaching and bush meat hunting of the Somali giraffe is currently at a peak in Wajir south constituency, especially the areas bordering the Dadaab refugee camp.

With the closure of livestock markets, there has been a sharp increase in reported killings of the giraffe. The locals cite the neighboring Dadaab refugee camps; Ifo, Dagahley and Hagardheera as a hot market of the commodity, with a kilo of the meat going for Kshs 400 ($4).

Sharmake Hussein, the Chairman of Sabuli Wildlife Conservancy shares his concern amid the increased reports of illegal hunting of the giraffe. “It’s unfortunate that the poaching and killing of the giraffes has risen during this pandemic period, the meat is sold at the refugee camps as a replacement for the livestock meat market that has been closed down,” he laments. 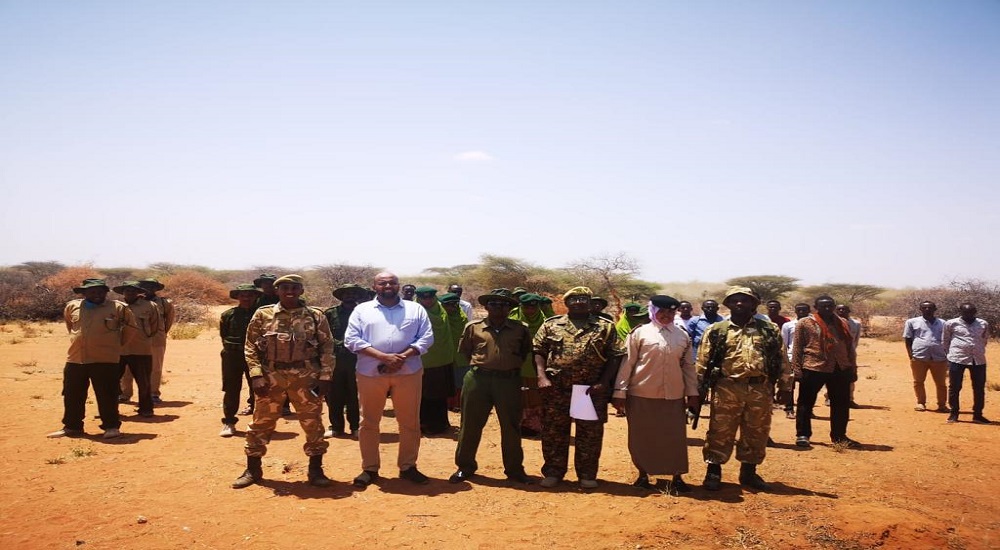 Located in North East Kenya, the Sabuli Conservancy straddles the border of Wajir and Garrissa counties, and its proximity to the Dadaab refugee complex ensures that the communities of Sabuli are recognized as refugee-hosting by the Kenyan Government. 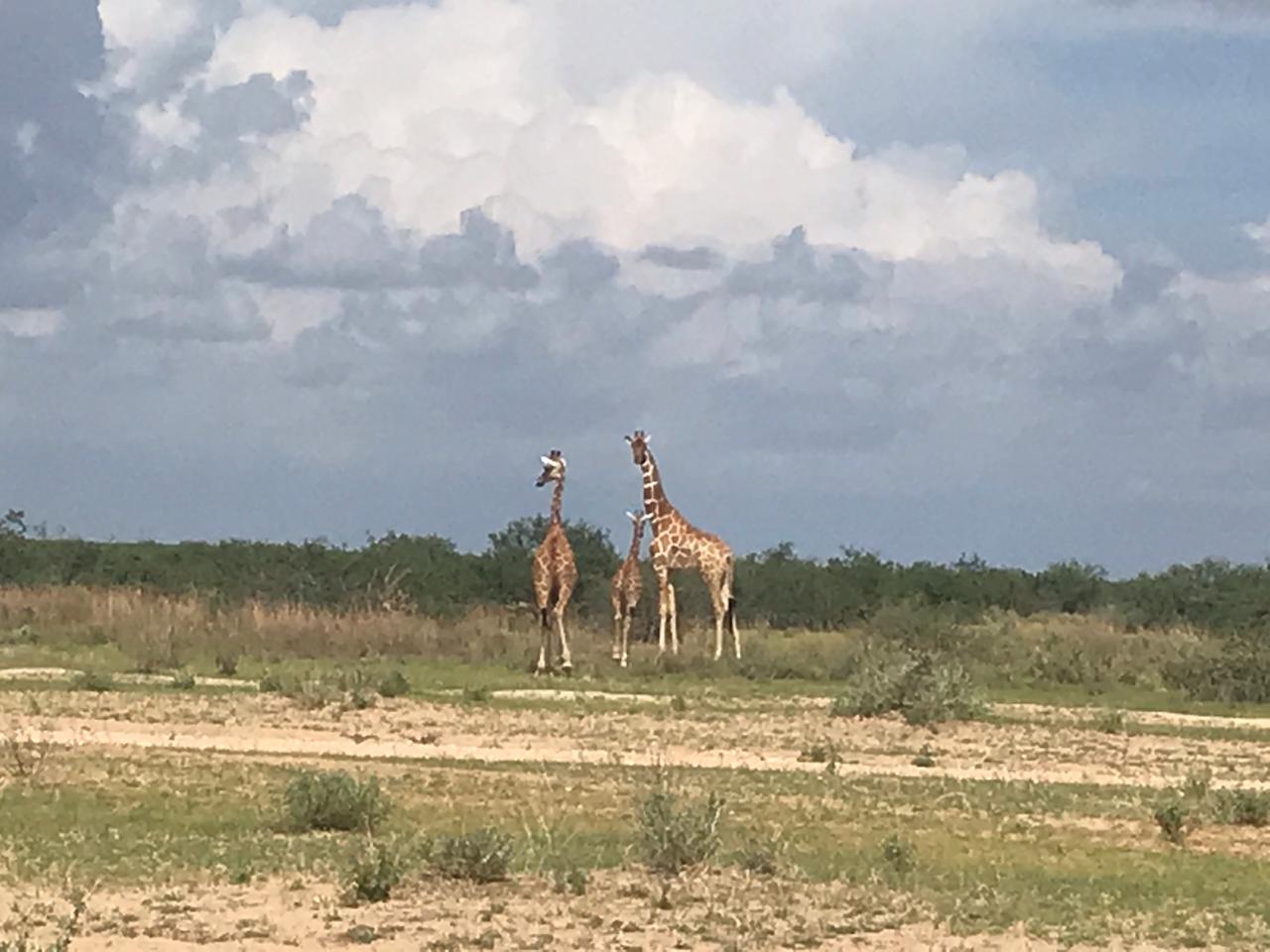 The conservancy’s mission is one of preservation that facilitates the prosperous coexistence between the communities of Sabuli and the native habitat, wildlife and endangered species of North East Kenya. The conservancy recognizes that environmental degradation is a consequence of a complicated web of environmental and socioeconomic factors that lead many in the surrounding communities of Wajir and Garissa to engage in environmentally harmful coping mechanisms.

The community-based initiative has over the years been involved in awareness programs among the community on the importance of preserving the wildlife in their natural habitat and efforts on how the locals, whose main source of income is livestock keeping, can peacefully coexist with the wildlife.

It is quite commendable that the local people in Sabuli and its environs have taken up the initiative of safeguarding and protecting the wildlife in the area on a voluntary basis. The community has achieved a lot over the period until the COVID- 19 pandemic, when the closure of livestock markets has increased the demand for giraffe meat and has overwhelmed the efforts of the local community with no resources.

Despite the illegal hunting and killing the precious animal, Sharmake has hope that through local arrangements and the conservancy’s help, things will come back to normal.

“The sabuli Conservancy and the Local community will one day put to end this poaching of Reticulated Giraffes and the antelopes, and the pride of Wildlife on the beautiful zones of waso Plains will be regained,” he says enthusiastically.

The shutting down of passenger planes in most parts of the world must have slowed down the illegal smuggling and transportation of wildlife trade, which is a positive thing from the unfortunate pandemic, but in Wajir county, it’s the opposite. The pandemic has greatly affected the living conditions of the locals and in turn, that of the wildlife especially the beautiful indigenous giraffe & Wajir’s pride – the Somali giraffe which is at a risk of extinction.